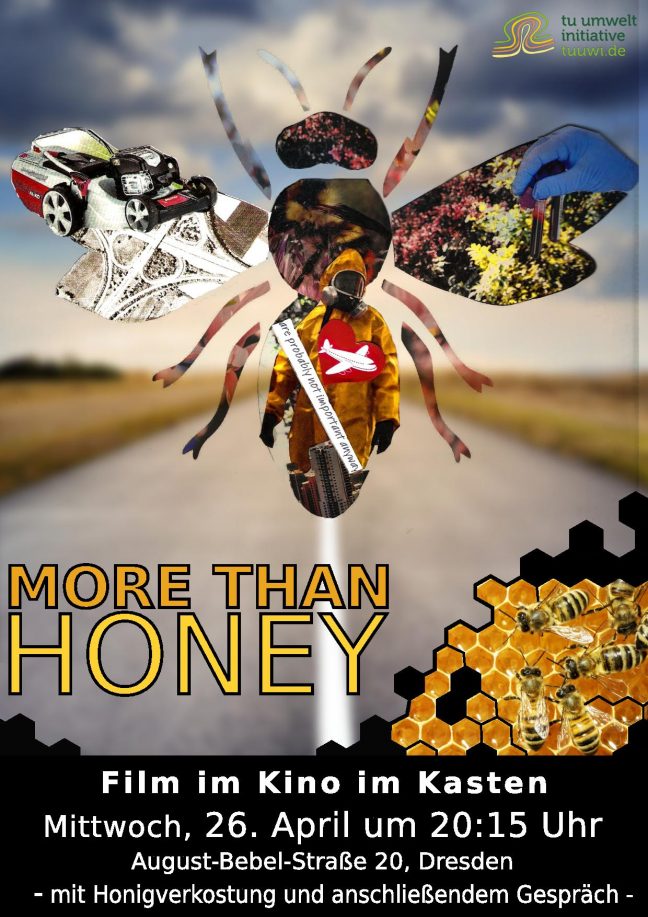 Who is faster to pollenise a flower – bee or human?

Researchers are asking that question right now in China, because  in some regions there are no bees anymore. The reason is: air pollution and cultivation. Seemingly a lot of industry nations follow the example of China.
But why are the bees  disappearing from our earth? The amazing and at the same moment alarmingly movie ´MORE THAN HONEY` wants to find an answer. 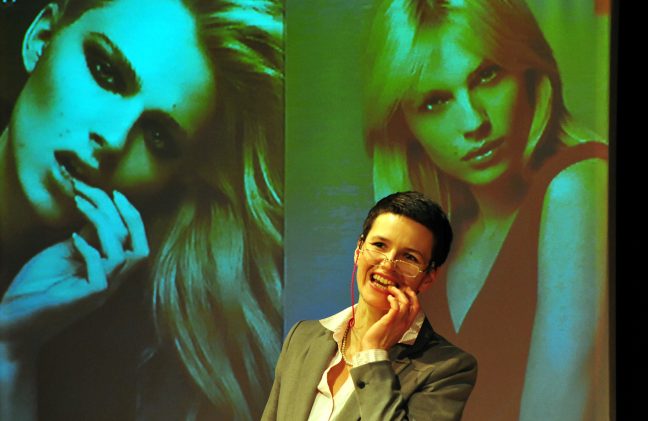 We invite you all to the play “Rosa/Blau” (“Pink/Blue”) on April 25th at the lecture series “7 Billion Chances”.  A visit at the administration office of differences awaits you.

Start is 16:40 in HSZ 304. The play itself will be in German but you can find the English translation on Opal in the group for the lecture series. The discussion afterwards – about the play and the Sustainable Development Goal 5, Gender Equality – will be in English. Sometimes crafting or building sth (anything!) feels like the right thing to do. Sometimes it lacks the idea what exactly, but does that really matter? Well..

Not really when you get the chance to enter one of Dresdens creative hubs, spread all over the city and full of inspiring machines, persons, projects! Let us take a deliberate non-Neustadt direction and stay on the southern side of the Elbe.

For the lecture series “7 Billion Chances” we wanted to screenprint journals. Our journals area little notebooks to hold questions, thoughts and reflections, we made one for every participant. And instead of flooding the campus with unnecessary amounts of flyers we decided to make postcards! Bonus: we have had the chance to work with wonderful people. Read on, read on, the story has just begun.

After developing the general idea and layout we gave the #Rosenwerk a visit to sreenprint them. We spent an eventful evening with a super cool team of creatives: bringing the layout on a sieve, adding paint, muscle power and a lot of good will plus a bit of doing this’n’that.. In the end we held first prints in our hands. Fails of course. But it got better and better. Enough really nice ones for the journals and a lot of test-prints on recycled cardboard. Those became the front side of the postcards to spread the word. Postcards. Well, next challenge. We got in touch with the MakerSpace at DrePunct (TUD Campus) another hub with complex machines such as a 3D-printer and a variety of others. A place that lives the concept of DIY. And “yourself” doesn’t mean you have to do all by yourself, the room is well equipped with stuff as well as helpfull staff. We got support in working out a concept to build linoleum stamps with a fancy laser cutter. It was a long process to find the right approach but: we’re very happy with the results! Last thing missing: tinkering together the different parts of the journal. There are times where printers become enemies that seem to prefer eating recycling paper. Argh. Nothing to be done. We did our best in fighting the beast.. let’s say it’s a draw.. Having had the journey through these open spaces and having met these creative people has been a real enrichment for us. It is not about organizing a lecture series, making as much advertisement or gathering as many students as possible into a lecture hall. It is about opening up platforms on which one can discuss the world, re-create reality and share visions and thoughts! Our personal journals are now filled with stories of people, stories of sharing instead of owning, of self made upcycled DIY rather than shopping in faceless stores, of doing sth for the heart and not for a CV, fame or money. Well, maybe a bit of fame.

So: we highly recommend a visit to one of the many open sessions at #Rosenwerk from screenprinting and sewing to craft with metal, wood and all sorts of materials. For beginners as well as experts! When time is short and you do not want to leave campus: the MakerSpace is worth a visit aswell. Bring your project and get it done! Of course there are some other places like this spread over the city and beyond. Get involved in sustainable communities to create more sustainable cities!

Thanks to all who have helped to realize our plans. We greatly appreciate your time and shared knowledge and hope you had as great a time as we did! 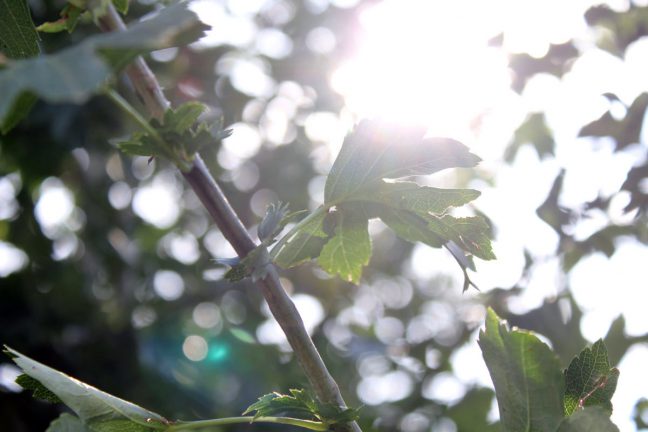 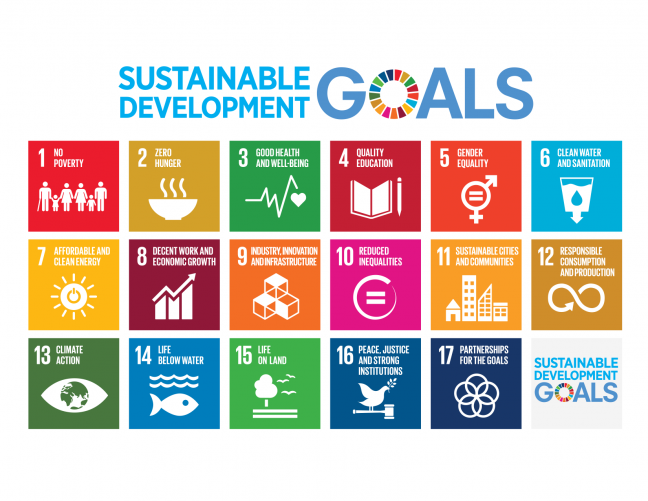 Not much to say but to see!
From today (Monday!) to Wednesday you can get a little impression on what “SDG” stands for.  And to not make it a secret any longer: it’s about the 17 Sustainable Development Goals, made by the United Nations.
All countries are asked to design their policies to reach the goals, to transform the global vision into rather local arrangements and strategies. Why?: to start the big challenge of a more sustainable world, a world with a future.

So: be invited to have a look! Because you are one of the 7 Billion Chances that this planet has for a future! The lecture series on the SDGs starts next week (Tuesday, 16:40 at HSZ 304). Check out the other offered Environmental Lecture Series as well.